Candied ginger, or, how to use two pounds of sugar in one recipe

Guys.  I have exciting news.  You can peel ginger with a spoon!

How I learned this is not an exciting story, but I'm going to tell you about it as if it is.

One of my favorite things about our local Co-op is the at-the-end-of-its-shelf-life-use-it-soon-99¢/lb-produce-bin.  It's often filled with wonderful stuff that is usually much pricier, like apples or sweet potatoes.

So the other day I was at the Co-op (we call it the coop) and there was an especially exciting treat in the discount bin: giant bags of ginger!  I love ginger and I use it all the time, so I snatched one up.  Then I got home and realized that even I might not be able to use that much ginger before it goes bad (or gets freezer burn).  So I decided to make candied ginger.

I found tons of recipes for candied ginger online.  They were all more or less the same, but I ended up mostly using this one from David Lebovitz and consulting this one from Alton Brown.  It was David who taught me the brilliant spoon trick.  Instead of painstakingly cutting the peel off ginger with a knife, trying to get around the curves without slicing off too much of the actual flesh (never works), you can just use a spoon and scrape the skin off.  This worked really well!

The candied ginger turned out great!  It's spicy and sugary and delicious.  I like to eat candied ginger plain, but it's also great in cookies or chopped up as a topping over ice cream, or even oatmeal.  This particular batch is destined to be holiday gifts.  I also ended up with about two cups of thick ginger syrup, that I'm sure would be great in cocktails or, again, over ice cream (let's be honest--I'm probably going to it with ice cream).

I'm not going to post the full recipe here because the ones I followed are really good.  But here's an overview:

2. Simmer in water until tender.  David has you simmer a drain a few times.  Alton only once.  I did it twice.

3. Add a ton of sugar and simmer until there is a thick syrup.  I simmered about 40 minutes--longer than either David or Alton said to.

4. Drain slices of ginger and toss in more sugar.  Let dry for a few hours or overnight.  Enjoy!

Email ThisBlogThis!Share to TwitterShare to FacebookShare to Pinterest
Labels: Recipes

Hello everyone!  I'm working on a recipe post for tomorrow, but I wanted to take a moment to say thank you for all the support I got after my last post.  I was so nervous about posting it and I probably edited and re-edited about ten times before pressing the publish button.  But I'm so glad I did.  I was surprised and touched by how many people reached out to me in some way and shared similar stories of their own.  Also, that post got more than 3x as many views in just 24 hours than any other post I've written!

So thank you for your support and for reading.  I appreciate you all.
Posted by Lina at 2:39 PM 0 comments

Laying my cards on the table

Whoa guys.  It's been five months since I posted on this blog.  In my drafts folder I have half-written posts on amazing kale soup, a care package from Portugal, my favorite sources for recipes, a cheap guide to NYC, new shelves, and killing my garden.  (You're probably sighing in relief that I didn't actually post some of those.  Shelves?)  I plan to finish some of those posts.  But not today.  Today I'm going to talk about something pretty personal.  Shit’s about to get real.  And long.  You have been warned.

I've been having a tough time lately.  Everyone gets into ruts, I know.  And everyone feels depressed from time to time.  For me, this knowledge can be comforting, but it can also trigger terrible guilt.  Lots of people have problems (bigger problems than mine!) and still do the things they need and want to do.  So why can’t I?

I struggle with a few mental health conditions that sometimes make it difficult for me to stay organized, complete basic day-to-day tasks, meet deadlines, and, some days, leave the house or even get out of bed.  I need a lot of external structure to keep myself going, and that is just not something you get when you’re employed part-time and/or a student.  I am basically always behind in school, frantically trying to pay bills on time, and frustrated about my messy house.  I get overwhelmed very easily and quickly dive into complete avoidance mode, which usually means watching hours of Netflix and ignoring phone calls.  This is not a good way to live, my friends.

But I also don’t think it’s terribly uncommon.  People just don't like to admit that sometimes it's hard to do things everyone "should" be able to do.  I think people with mental health disorders are often seen as lazy or selfish, and it's easy to internalize these beliefs and slip into a terrible cycle of stress-getting behind-depression-getting more behind-stress-depression.  We also get constant messages that if you want or need to do something, you should just do it.  Want a clean house?  Just clean it.  Want to be a chef?  Just become one.  Want to feel less stressed?  Just stop stressing!  I find myself thinking that if I could just do x, y, and z, everything would be better.  And that’s probably true.  If I could just do x, y, and z, things would be better.  But I can’t.  People with ADHD, depression, or whatever else truly can’t just do it.  This is difficult for a lot of folks to understand, but it’s the truth.

I recently read an interview with someone who struggles with chronic depression, and she said that what sets people with mental illness* apart from others is not necessarily the problems they’re struggling with.  The difference is that people with mental illness have weaker (or non-existent) coping mechanisms.  That really stuck with me.  I’m not lazy or unmotivated or incompetent.  I just have a brain that shuts down when under stress instead of finding productive ways to cope.  And while I can learn (and have learned) ways to better manage this reaction, I’m not sure that initial response will ever change.  And I really want to be okay with that.  It's how I'm built.  Like having broad shoulders--I can wear clothes that flatter, but I can't change the size of my bones.

So there you go.  I know this is pretty personal for the blog, but that’s where I’m at.  Like I said, when I’m feeling behind and guilty, I avoid—even things as seemingly trivial as blogging.  And I have found that the best way to break out of avoidance mode is to be completely honest and lay all my cards on the table.  So that’s what I’m doing.  And now we can go from here.

*"Mental illness" is the term she used.  I'm a little uneasy with that word, and I'm not sure certain conditions, like ADHD, should be considered "illnesses."  But since she used it, I'll use it here.
Posted by Lina at 1:18 PM 2 comments

You know how sometimes you think you're totally prepared for something?  And then you get started and realize you don't actually have anything you need to complete the task?

As I've mentioned before, I don't use recipes very often.  But when I came by a ridiculously humongous head of cauliflower recently, I paged through my cookbooks and found a promising-looking recipe for Curried Cauliflower from Moosewood Restaurant Cooks At Home (yes, I own cookbooks not written by Mark Bittman).  It had lots of things I loved--mustard, apple juice, and best of all, coriander (my new favorite spice!).

So I went to work making Curried Cauliflower.  I chopped up all the cauliflower, made some apple juice from frozen concentrate (not gourmet, but at least it was 100% juice!), and then realized that I should have actually checked my spice drawer before deciding this was the perfect recipe.  I did not have 4 out of the 11 ingredients.  If you're keeping score, that's more than a third of the ingredients missing.  Whoops.

Regardless, I ended up with a pretty tasty dish.  It was kind of tangy and a little spicy.  It probably would have been better with mustard seeds (see the ingredients and my changes below).  I served it mixed up with bulgur and chopped toasted almonds.  It was all basically the same color, so maybe next time I'll serve it with something green.  You know, like a salad.  But on this late finals-week night, simple cauliflower mixed up in a bowl was perfect.

As I said, I deviated quite a bit from the recipe--I didn't have mustard seeds, turmeric, cardamom, or lemon.  So I used a combination of coriander and curry powder, ground mustard, and lemon juice from one of those gross squeezy plastic lemons you get in the produce aisle.  I also doubled the ginger, because I like ginger, and added some thinly sliced onions, because I like onions.

So really, I can barely said I made this recipe.  But I made cauliflower inspired by this recipe!

I'll use pretty generic language for the steps so you can follow using either the original ingredients or some other combination, like I did:

1. Heat oil in large pan.  If using onion, add onion and saute for a few minutes, until it starts to soften.

2. If using mustard seeds, add seeds and cook until they begin to pop.

3. Add spices and cauliflower and toss together.

4. Pour in apple and lemon juices.  Sprinkle with salt, cover, and simmer until cauliflower is tender (about 5 minutes).

Moosewood says that variations include tossing Curried Cauliflower with a cup of plain yogurt or chilling and serving with yogurt and currants.  They also suggest blending leftovers with cooked potatoes, sauteed onions, and plain yogurt or apple juice for a quick soup.
Posted by Lina at 6:00 AM 0 comments 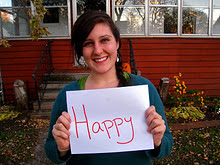